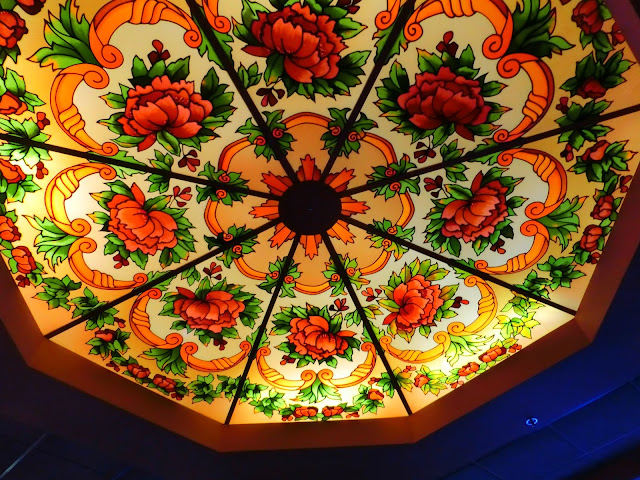 Vegas is a lot of different things to a lot of different people.
For some of us it’s home, whatever that means.
For others it’s a mecca of all things hedonistic, a glittering oasis of gluttonous treasures awaiting enjoyment. It can be a beacon of hope or a merciless desert.
My take on the city varies depending on my mood, but it’s pretty safe to say that despite everything this town remains my home, whatever exactly that means.
One of the lingering vestiges of Vegas’s past remains in the restaurants, many still offering bevies of beef for bargain prices. Jerry’s Nugget upholds this tradition, with their prime rib special proudly touted. 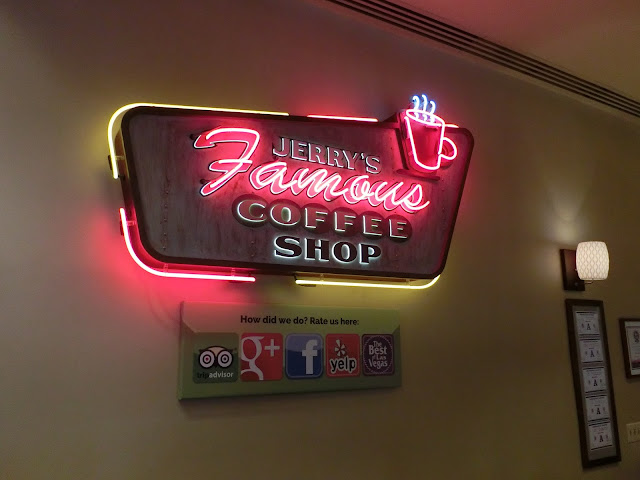 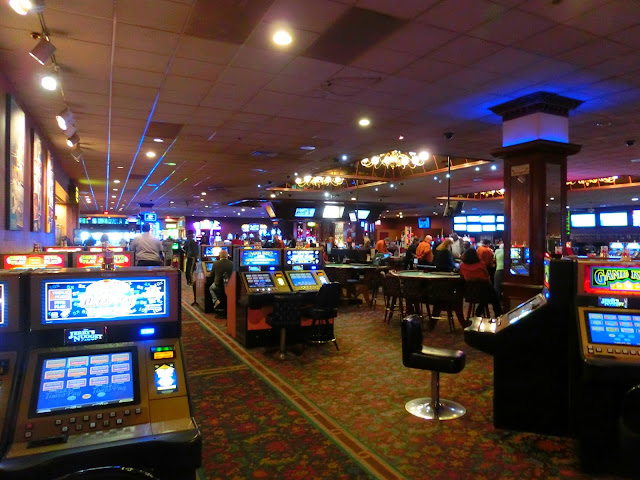 Local’s casinos are smaller and less glamorous than the multimillion dollar mega-casinos that operate along the strip, but the trade off is noticeable when it comes to prices. Locals joints can often afford to offer $9.99 steak and lobster specials, whereas some of the ritzier joints will set you back at least $30 for a similar meal. 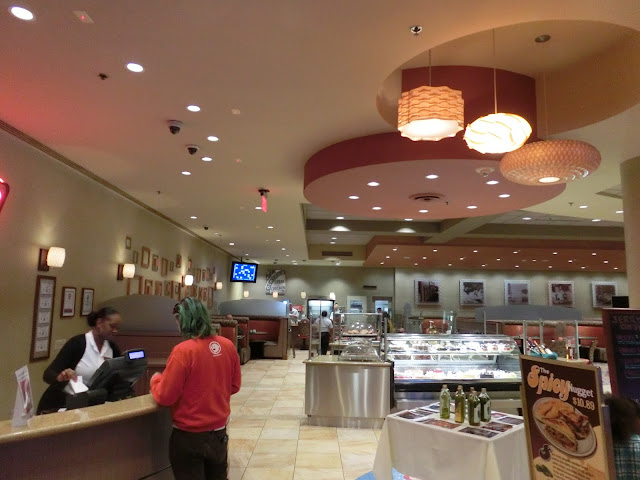 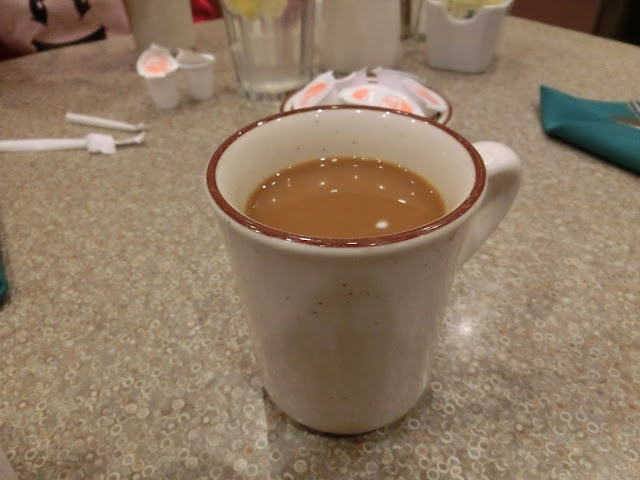 I worked in a casino cafe/buffet as a teenager and ever since I’ve had a soft spot for diner coffee. Always necessary in a casino bistro like this! 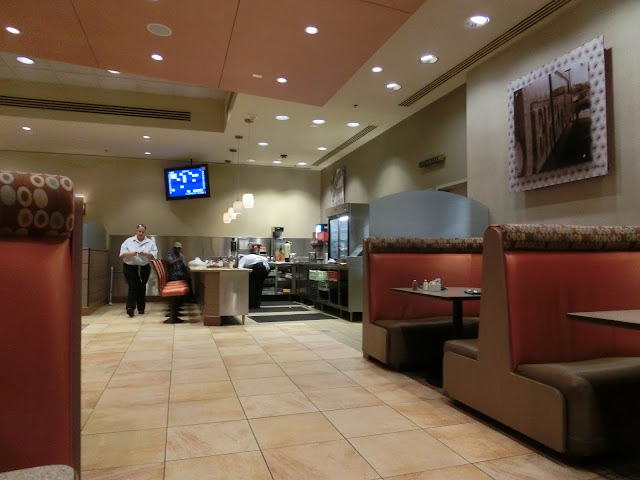 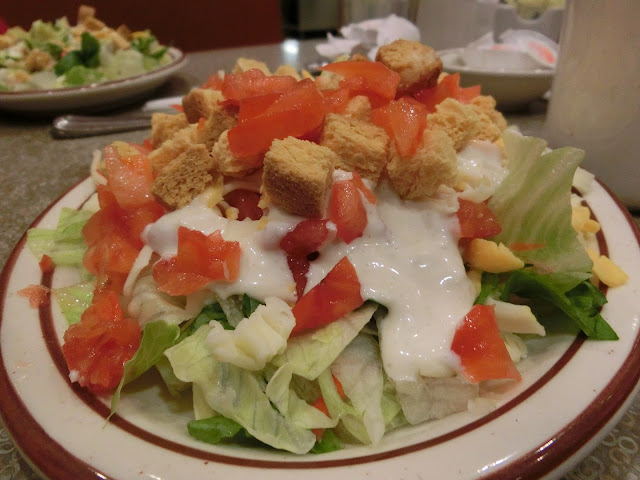 I got a salad with double tomatoes as Antho prefers his salads sans them.
I only ate half of my salad as it was pretty big in and of itself, and with creamy bleu cheese dressing I knew it wouldn’t take much to max out, and we had a lot more food on it’s way! 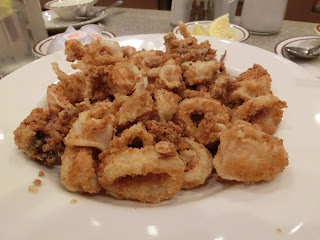 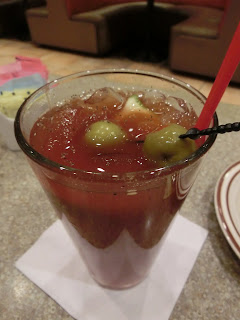 Like Calimari and this Spicy Bloody Mary. Both were delicious! 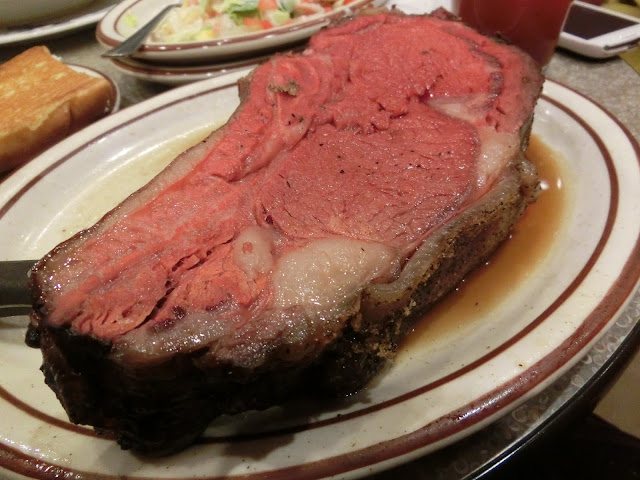 When the prime rib actually arrived, it was gargantuan. You might not be able to tell from the photo, but that’s a nearly 30oz piece of nearly raw bovine. Delicious, but oh-so-filling. 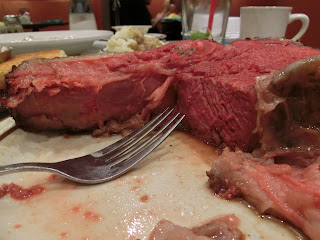 Even after scarfing down as much as I could with their delicious horseradish sauces (creamy and raw versions), I was left with more than half. There’s also a large bone running along the length, which I’ll gladly save and use for beef stock later on. 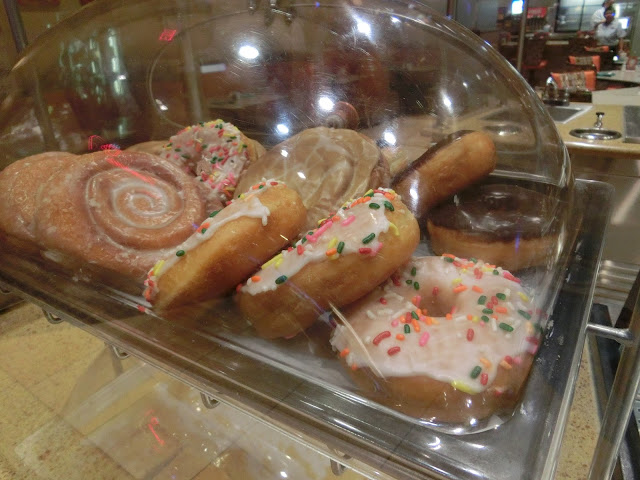 Jerry’s nugget has their very own in-house bakery, which means that all these tasty desserts are freshly made! No wonder they show them off right at the front entrance to the restaurant, may as well prime your stomach for dessert the moment you walk in.
I did not have dessert, though, for the record. ^^;;
Far too full after our meal..maybe next time! 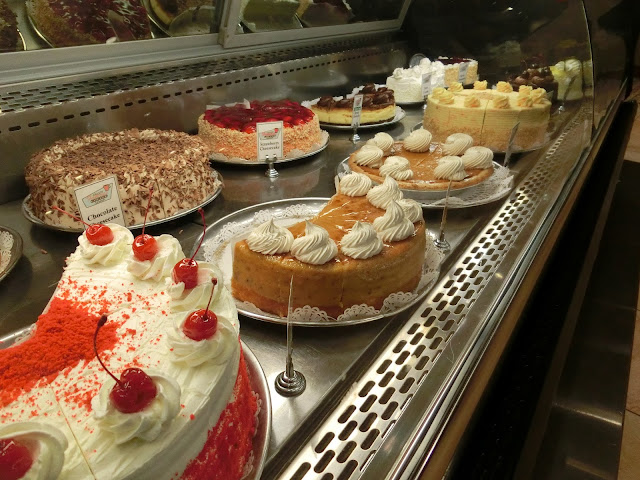 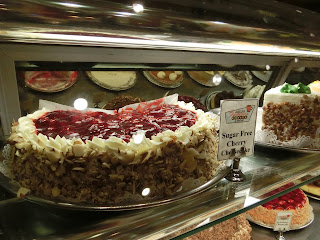 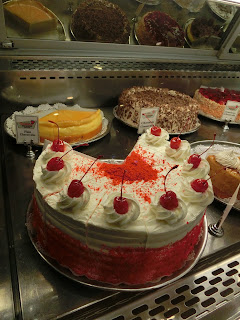 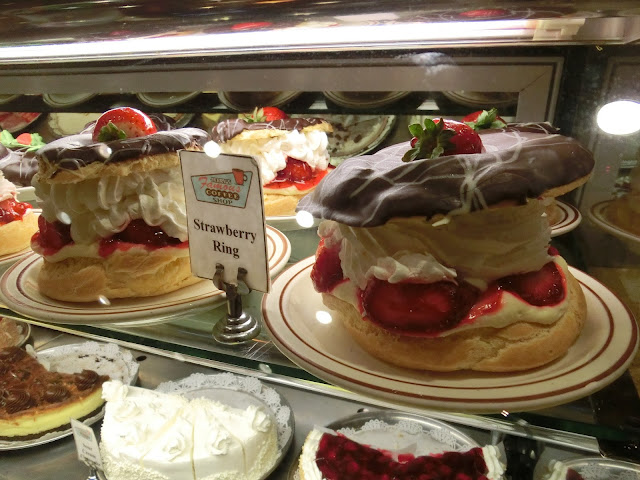 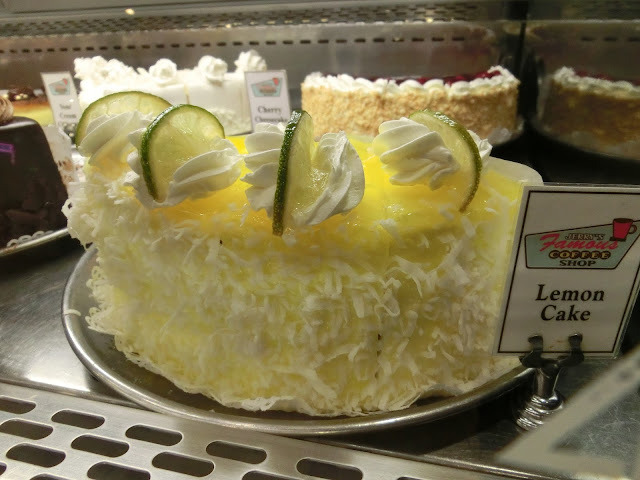 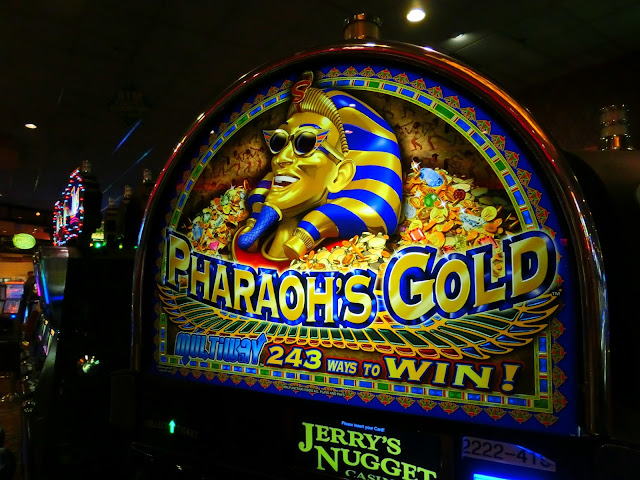 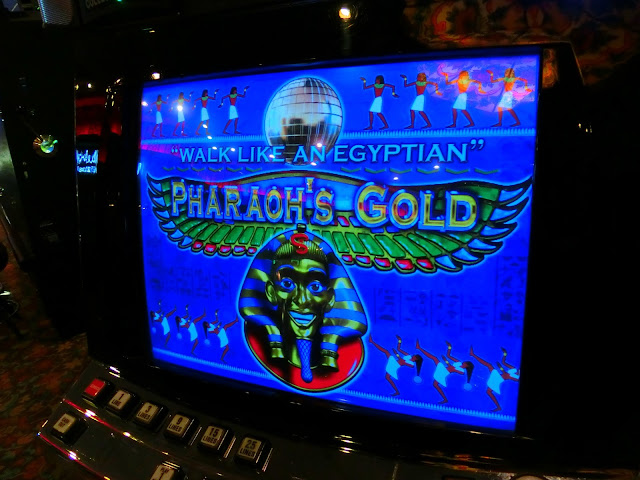 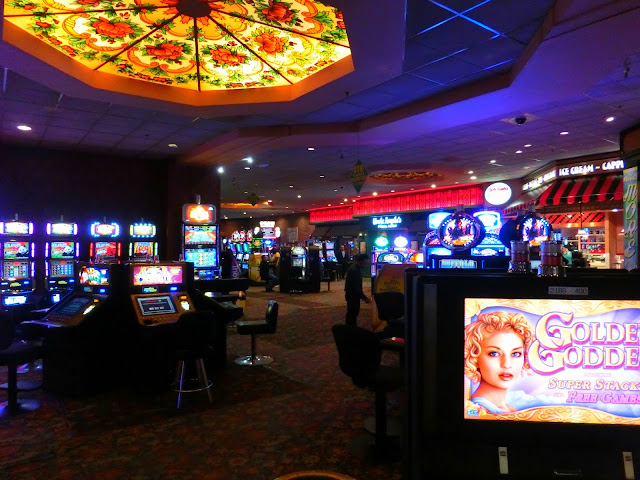 Another day, another adventure.
It was a lovely daytime date with my sweet Antho, and we have meat for days!
While Antho likes to grab it and eat hunks of it cold and rare out of the fridge, I’ll likely fry up some steak and eggs or make tacos or stew out of my left overs. As delicious as it is in it’s original state, I could see searing a hunk of it or braising it low and slow yielding a tasty new iteration.
Have you ever taken advantage of a casino meal deal like this?
How was it? ^_^
Categories: beef, casino, casino deal, Jerry's Nugget, Las Vegas, local, local scene, local's deals, meat, North Las Vegas, prime rib, steak, Vegas